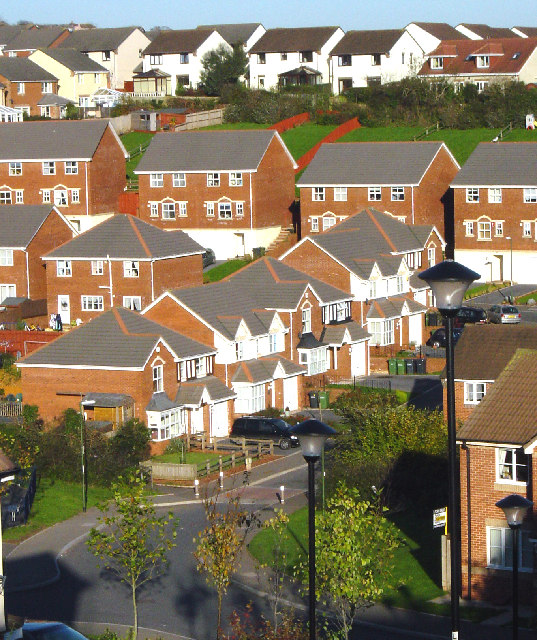 This week’s Tory Party Conference will no doubt be dominated by Iraq.  Somewhere in the mix, however, we can expect to hear more about the vote-winning wheeze of seducing England’s first-time house buyers under the age of 40 with a scheme that knocks 20% off the market value of a home.

The Tories’ pledge is to build 100,000 new homes on brownfield sites (and public sector land) over the course of the next parliament – a knee-jerk reaction, perhaps, to Ed Milliband’s earlier promise to build half a million homes by 2025!

Whoever you believe, there’s no doubt that the housing shortage will become a political hot potato before next May’s General Election.  This is hardly surprising given the concerns at so many levels about the social and economic effects of unaffordable housing.

Nowhere are the effects of this more evident than among the ‘boomerang generation’ of twenty-somethings who have been forced to live with their parents way beyond the age that most of us would find acceptable.

As the house-price bubble continues to inflate, the age of this disenfranchised group is creeping inexorably upwards.  It’s not uncommon nowadays for young men and women in their 30s to be still living at home.

We’ve already seen government step in to kick-start the housing market in the immediate post-recession era with its Help To Buy initiative.  This scheme will also be available to those who qualify for the new Tory deal.

In important ways, fiscal tinkering of this order highlights the misguided thinking that’s been going on in government circles for long enough.  As Shadow Housing Minister Emma Reynolds has pointed out: this government has presided over the lowest levels of house building since the 1920s.

Whether this gets the Labour Party off the historical hook is a moot point.  What is significant is that only now are the politicians being forced to address the supply-side shortage in a deeply troubled housing market.

Only now – in desperation – has brownfield land been pressed into service.  Only now has it been decided to waive the taxes associated with property development in order to pass on concomitant savings to this new generation of house buyers with a healthy 20% subsidy.

And yet, even now, those responsible for building these starter homes will be exempted from their usual statutory obligations to ensure that a proportion of the new homes are affordable.  In these circumstances, it’s difficult not to be cynical about the political manoeuvring that goes on to win over disaffected parts of the voting public.

Is It All Too Late?

Whilst it’s true that home ownership is something to which most people in the UK aspire, it’s questionable whether government schemes will make serious inroads into the affordability of property.

Established older members of the property owners’ club will surely resist political moves that reduce the value of their main financial asset.  For the ascendant political party of the day, this would surely amount to electoral suicide.

If today’s status quo is perpetuated, a 20% discount on a relatively expensive house still leaves an expensive house for someone at the lower end of the earnings spectrum.

A crucial (albeit ‘hidden’) factor that drives the UK housing market has to include the ever-increasing aspirations (‘materialism’ if you will) that have permeated our society and raised the bar of financial expectation.  Home ownership is now part of the standard-of-living algorithm (for which, read ‘status’) embedded in your average Brit’s DNA!

The Bright Side Of Life!

The positives of this latest initiative include the fact that the discounts will not be available to foreign ‘speculative’ buyers who’ve caused such havoc in the London market.  Nor will they be available for Buy-To-Let landlords.

In other words, these will be affordable homes, all of which will be available to those who need them most – young, first-time buyers who would otherwise be locked out of what is rapidly becoming an exclusive club of middle-class people.

The other major benefit of this scheme will be that it at least makes a start on bridging the massive gap in the country’s housing stock.  If market forces do their business, house prices should moderate in the medium term.

In reality, of course, no-one knows if this kind of scheme will take the steam out of the market.  The genie is well and truly out of the bottle and the continuing expectation of homeowners is one of ever-increasing prices, driven by DIY, television makeover programmes and the deeply ingrained cultural cliché that an Englishman’s home is his own priceless castle.

Do you think the current mad housing market will ever change?  Is the market in need of a price correction?  And have successive governments done enough to remove the economy’s reliance on what is ultimately a service sector apparition?

Mike Beeson is a Manchester-based freelance copywriter and PR consultant who writes about financial and property sector issues.  For more information, phone Mike on 07714 222 464 or visit: