Why I’m not going to buy “shares” in Facebook 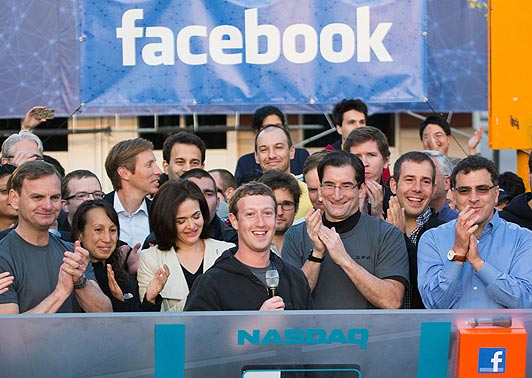 Since May 18th (the date Facebook was floated) there have been numerous events that don’t bode well for the future of Facebook. It started with GM (General Motors) dropping their Facebook advertising campaign, followed by Facebook share prices dropping on a daily basis to an all-time low of $29 yesterday (May 29th).

Personally, all the hype surrounding the Facebook flotation never got me excited. The obvious question is: How can Facebook be valued at $104bn? Despite the company’s attempts to generate profit from “Facebook ads”, it can’t be enough to justify the $104bn price tag placed on the company. I mean, do people actually click on Facebook ads?

Well not quite, but developing countries don’t seem to favour Facebook. Instead, they opt for what, to us, seem like obscure social networks. For example, in India we see that Orkut is the market leader in social networks; in China a little-known (to us in the West) social network called Qzone has over 388 million users; and again, in Brazil, we see Orkut dominating. These are three of the world’s fastest developing countries and judging from this evidence, Facebook has failed to capitalise on this.

There are now serious competitors to Facebook out there

Only a couple of years ago Facebook was a operating in a monopolistic market.  MySpace was a distant memory, Bebo was so-o-o 2004 and Twitter was still finding its feet. Things have changed. Google has thrown endless resources into Google +, Twitter has gone from strength to strength and new-kid-on-the-block Pinterest has surprised everyone with its dramatic growth!

OK, Facebook is still the number one social network, but this doesn’t mean it’s cool. If we take a look at the age demographics of Facebook, we slowly begin to realise that regular users of Facebook are under 30 years of age. Many of the under-30s have grown up with Facebook, from its primitive days of pokes to the modern day timeline. The only problem is, Facebook has lost a lot of its original fans along the way. Privacy issues, lack of innovation and a general feeling of tiredness has started to take hold. As humans, we are constantly evolving and looking for new ideas.  Maybe Facebook is a dark cave that many of us are ready to leave?