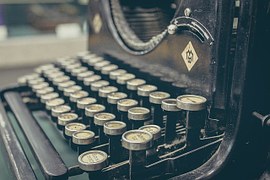 Whilst he may not fit the conventional ‘copywriter’ mould, Elmer Wheeler was nevertheless a hugely influential figure – a pioneer of persuasive writing.

Wheeler’s great innovation was to establish the ‘Testing Institute’ in New York City. This was where he tested many thousands of words and sentences used by American advertisers in the Great Depression era.

From this mine of information, he synthesized his five great principles of selling, the most famous of which is ‘Don’t sell the steak – sell the sizzle.’ His powerful insights (‘Wheelerpoints’ as they became known) found their way into his landmark book on selling, ‘Tested Sentences That Sell’, first published in 1937.

Wheeler’s book remains the key reference point for advertisers and copywriters who want to tap into his tried and tested techniques that identified how language – and especially the written word – can be used to commercial advantage.